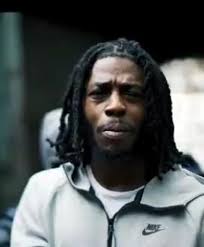 A 22 Yr old man who fatally stabbed the brother of rapper 21 Savage to death has been jailed for 10 years, Oyogist.com reports.

The suspect identified as Tyrece Fuller knifed 27-year-old Terrell Davis-Emmons with a Rambo-style blade on a housing estate in Brixton, south London, in November last year.

Davis-Emmons, brother of Grammy award-winning rapper, 21 savage was stabbed with a six inch blade on November 22 2020.

A court had initially heard that both men had been armed when the fight broke out, but Fuller first attacked his victim.

Eyewitness confirmed that Fuller attacked Mr Davis-Emmons after he had put his weapon away.

Also, a CCTV footage saw Mr Davis-Emmons lifting up his shirt to look at his chest wound before immediately losing consciousness and died.

21 Savage had reacted to the news in a rather shocking way, as the rapper shared a heart-breaking tribute to his ‘baby bro’ on Instagram, along with a picture of the brothers as children.