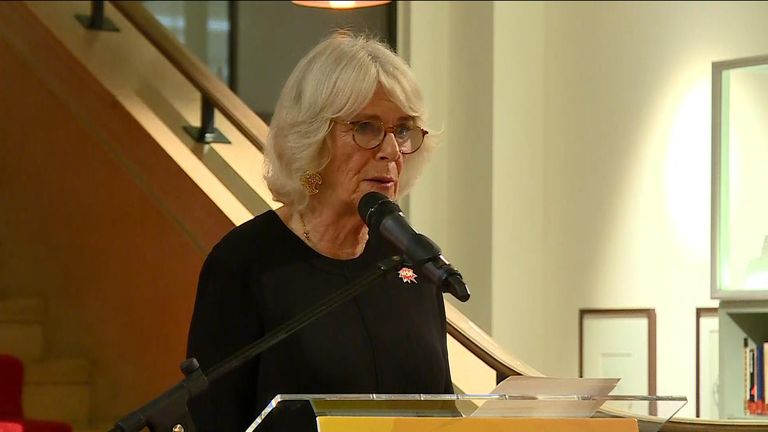 Oyogist has learned that the Duchess of Cornwall, Camilla has strongly criticised the manner in which society has come to believe that “violence against women is normal”.

According to her, “How many more women must be harassed, raped or murdered?” She questioned.

The Duchess who had made what many described as the most powerful speech of her royal life Camilla spoke of her sympathy for the families of Sarah Everard, Sabina Nessa and other victims, and the “unimaginable torment” the women had suffered.

She made the comments at an event hosted by Women of the World (WOW) at the Wellcome Collection in London, where she was also joined by Carrie Johnson, the prime minister’s wife.

“We do not, in any way, hold all men responsible for sexual violence. But we do need them all on board to tackle it. After all, rapists are not born, they are constructed. she had said.

“And it takes an entire community – male and female – to dismantle the lies, words and actions that foster a culture in which sexual assault is seen as normal, and in which it shames the victim.

“So let us all leave here today and try and get the men in our lives to participate in building a ‘shameless’ society. Because how many more women must be harassed, raped or murdered before we truly unite to forge a violence-free world?”