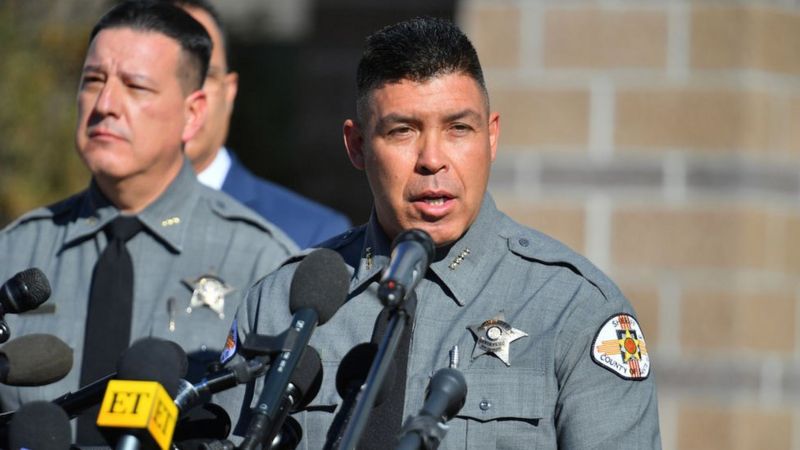 Oyogist has learned that a Mexican prosecutor has disclosed that Criminal charges may still be filed over last week’s fatal shooting on a film set in New Mexico, US police say.

“All options are on the table,” District Attorney Mary Carmack-Altwies said of any potential charges.

“No one has been ruled out at this point.”Investigators also said there was “some complacency” around safety on the set.

“We’re going to determine how those guns got there, why they were there, because they shouldn’t have been there,” he added.

He said police had recovered 600 pieces of evidence so far – including three firearms and 500 rounds of ammunition.

“I think the facts are clear – a weapon was handed to Mr Baldwin. The weapon [was] functional and fired a live round killing Ms Hutchins and injuring Mr Souza,” the sheriff said Futher.