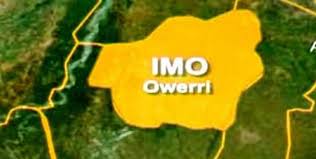 Oyogist has learned that there was severe chaos earlier today in Nwangele Local Government Area of Imo State as Unidentified gunmen killed one Fidelis Nnadi, a member of the community’s vigilante group.

According to sources, Nnadi was shot dead by the gunmen along Okwelle- Umuezealaibe road.

He had initially left his village, Ogwuaga, to Okwelle to buy some items when he was spotted by a gang of gunmen passing by the road.

The gunmen had initially kidnapped a mother and child elsewhere and were passing through the community when they ran into him.

They were said to have identified him as a security agent and shot him at close range immediately.