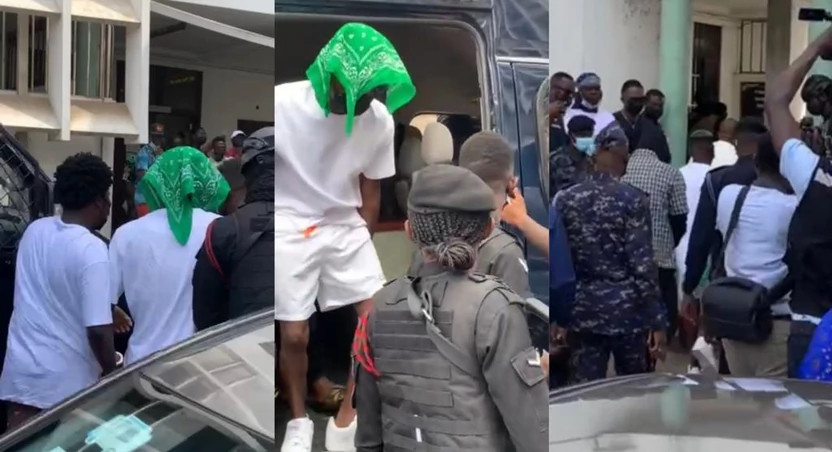 Oyogist has learned that Ghanaian singer, Shatta Wale and his close associates have been granted bail after being charged with publication of false news following a staged claim of the singer being shot.

Recall oyogist had earlier reported that the singer turned himself in on October 19, 2021, together with his three friends after allegedly faking a gunshot attack, Read HERE.

The Shatta Movement boss was charged with the publication of false news and causing fear and panic.