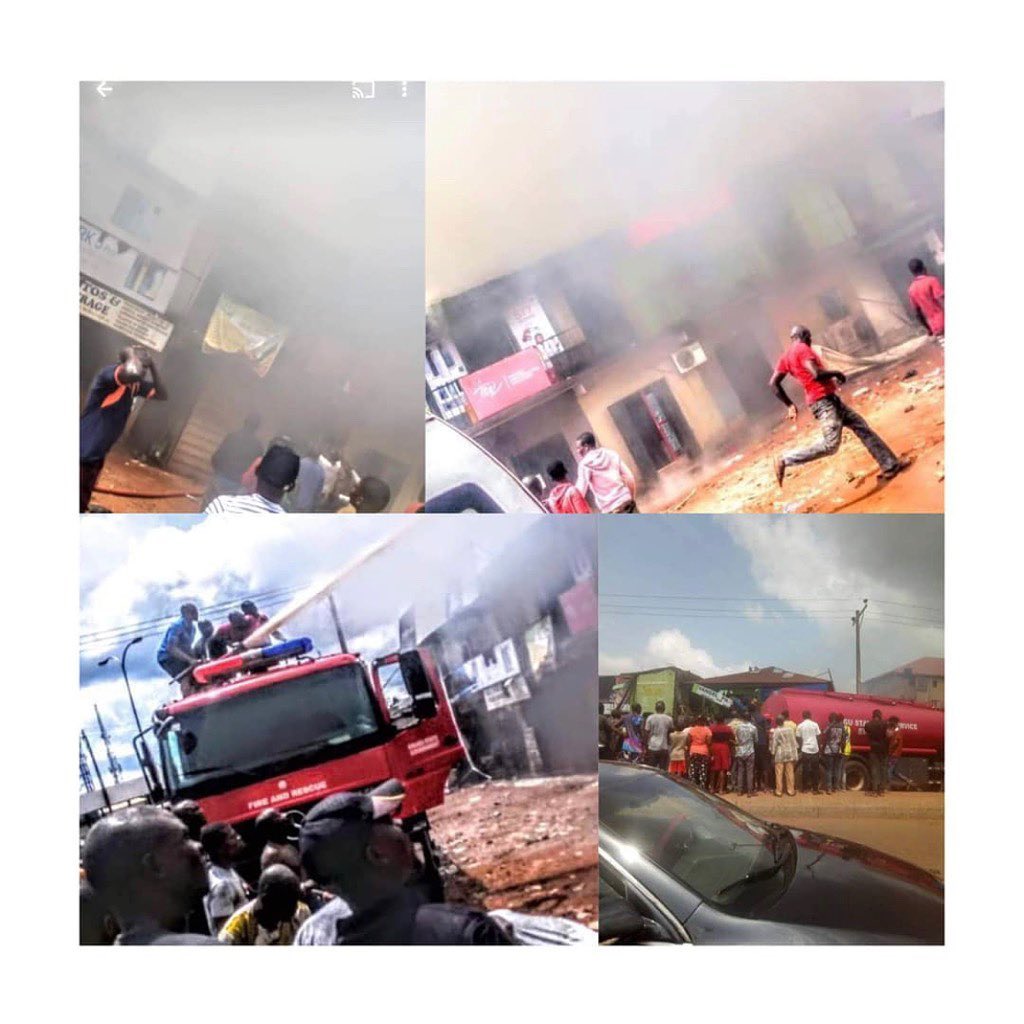 According to reports reaching Oyogist.com, Goods worth millions of naira were destroyed by mysterious fire outbreak on Monday, at the Ogige Market in Nsukka Local Government Area of Enugu State.

The fire incident which affected phone dealers shops at Old Park section of the market, razed about twenty shops before it was put under control by personnel of Enugu State Fire Service, Nsukka chapter.

It was gathered that the incident started at about 1pm even as the market was locked due to the sit-at-home order declared by the Indigenous People of Biafra, IPOB.

A roadside trader who pleaded for anonymity said “I was attending to my customer who looked up and saw thick smoke emanating from one of the phone dealers shops. I raised the alarm which drew the attention of passersby. The young men amongst the sympathisers did all they could to quench the inferno, but the more they tried, the more it spread to other shops.

“This continued until men of the Fire Service stormed the market and put out the fire but not before it had consumed goods worth millions of naira.

“Thank God for their timely intervention because it could have been disastrous if it was not quenched,” the source explained.

Though, the cause of the incident has not been ascertained, sources who spoke on condition of anonymity suspected electrical complications from one of the shops.