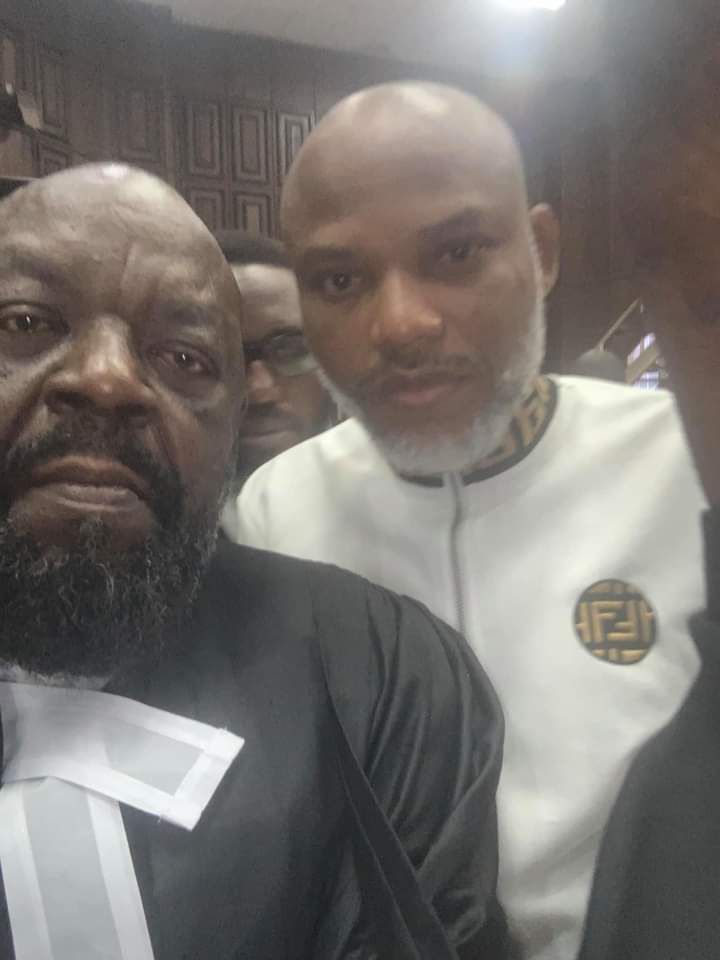 Oyogist.com has learned that Nnamdi Kanu, The leader of the Indigenous People of Biafra, IPOB, on Thursday lost his bid to be moved to the Kuje Correctional Centre.

Kanu’s request to be moved from the Kuje Correctional Centre from the Department of State Service, DSS, facility was rejected by Justice Binta Nyako of the Abuja Federal High Court.

This is the second time Kanu’s request has been turned down by the court.

In July, the IPOB leader asked to be moved to the prison, alleging that he had been “subjected to mental and psychological torture” by the Department of State Services (DSS).