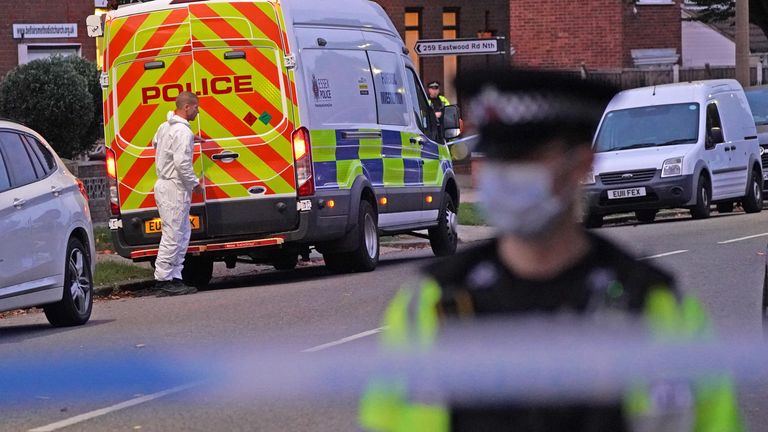 Oyogist has learned that the terror suspect accused of Killing British law maker, Sir David Amess is the son of a former aide to Somalian Prime Minister, Sources confirmed.

The suspect’s father, Harbi Ali Kullane, declined to comment when asked about the whereabouts of his son, a 25-year-old British national.

Harbi in response to the series of questions asked, Disclosed that he was “traumatised”

Correspondents who had visited his home in London where he is believed to be staying received no response earlier this morning.

Ali Harbi Ali’s father, Harbi Ali Kullane, had reportedly posted messages of sympathy in June 2016 following the murder of Labour MP, Jo Cox, writing: “#RIPJoCox devastated by the loss of a voice of the unrepresentative, my sympathies with her two children and family.

His son, Ali Harbi was arrested on Friday at the scene of Sir David murder.