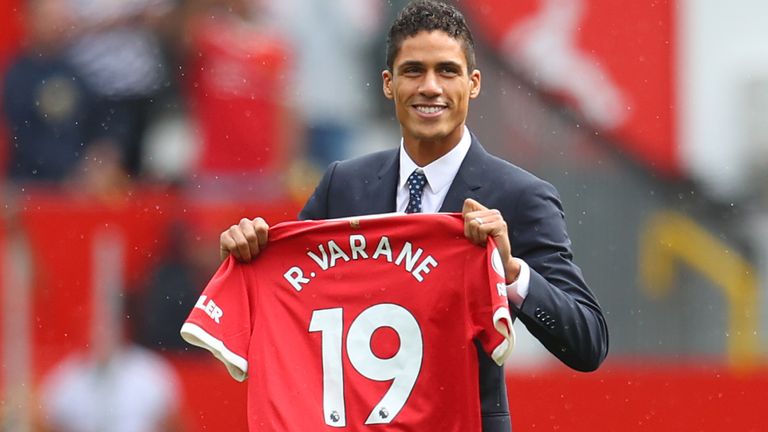 Manchester United have announced that defender Raphael Varane will be out for a few weeks due to a groin injury.

Varane sustained the injury during the first half of the UEFA Nations League final which France won 2-1 against Spain at the San Siro.

Giving an update on the player, United said, “Raphael Varane sustained a groin muscle injury in the UEFA Nations League final and has commenced rehabilitation at the club.

The club added, “Everybody at United would like to wish Raphael a speedy recovery.”

The Frenchman will miss United’s away game at Leicester City on Saturday.

He’s also likely to miss a home Champions League tie against Atalanta, league fixtures against Liverpool and Tottenham this month.