US hit by huge 6.5 magnitude earthquake off coast 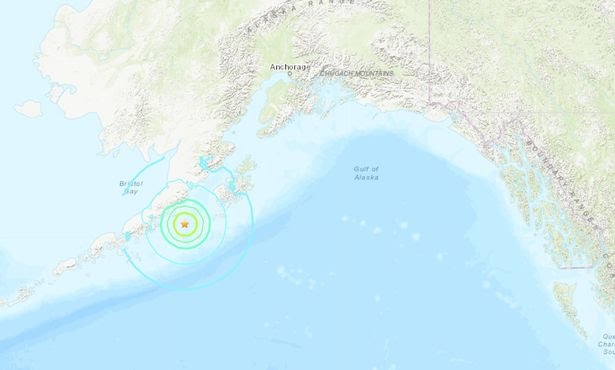 Oyogist.com has learned that The United States has been hit by an earthquake measuring 6.5 on the Richter scale.

According to the European Mediterranean Seismological Centre (EMSC) the earthquake hit the Alaska Peninsula on Monday.

They added that the earthquake struck 114km east of the city of Chignik and was a depth of 75km.

No tsunami warning was issued after it struck.

Meteorologist Matthew Cappuccino alleged that the quake appeared to be an aftershock of an 8.2 earthquake that happened on July 29. He said that aftershocks can last for months as well as being strong.No tsunami threat was issued due to the mainly horizontal slip motion, he added.

The earthquake in July was the strongest to hit the US in 50 years. The epicentre struck off the coast of Alaska, causing tremors that could be felt throughout the state and setting tsunami alarms blaring.

The tsunami warning lasted nearly two hours and was in place as far south as Hawaii, with officials as far away as New Zealand assessing the potential threat.

Not every wife wants to be in public space, Ned Nwoko replies curious fan who enquired why he only post his youngest wife, Actress Regina Daniels