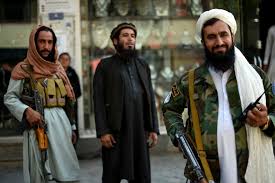 Oyogist has learned that the Taliban are set to demand the UK and other nations pay billions in reparations to Afghanistan for the 20-year war shortly after they took over the country.

The Islamist government will urge Britain to make the payments imminently, reports shows, as the Taliban believe the UK will give in to their demands.

Meanwhile several veterans who fought in Afghanistan have urged the government to decline any request for reparations by the Taliban, who have executed dissidents, tortured prisoners and forced women into hiding since seizing power, as an ‘outrage’.

Noor Mohommad Mutawakel, from the Taliban’s Ministry of Information and Culture, told The Mirror: ‘Britain is ready to pay us war reparations, and we welcome that. Other countries involved in the war must also be prepared to pay.’While Mutawakel appeared confident the UK will pay reparations, a Whitehall source case doubt on whether it will happen.