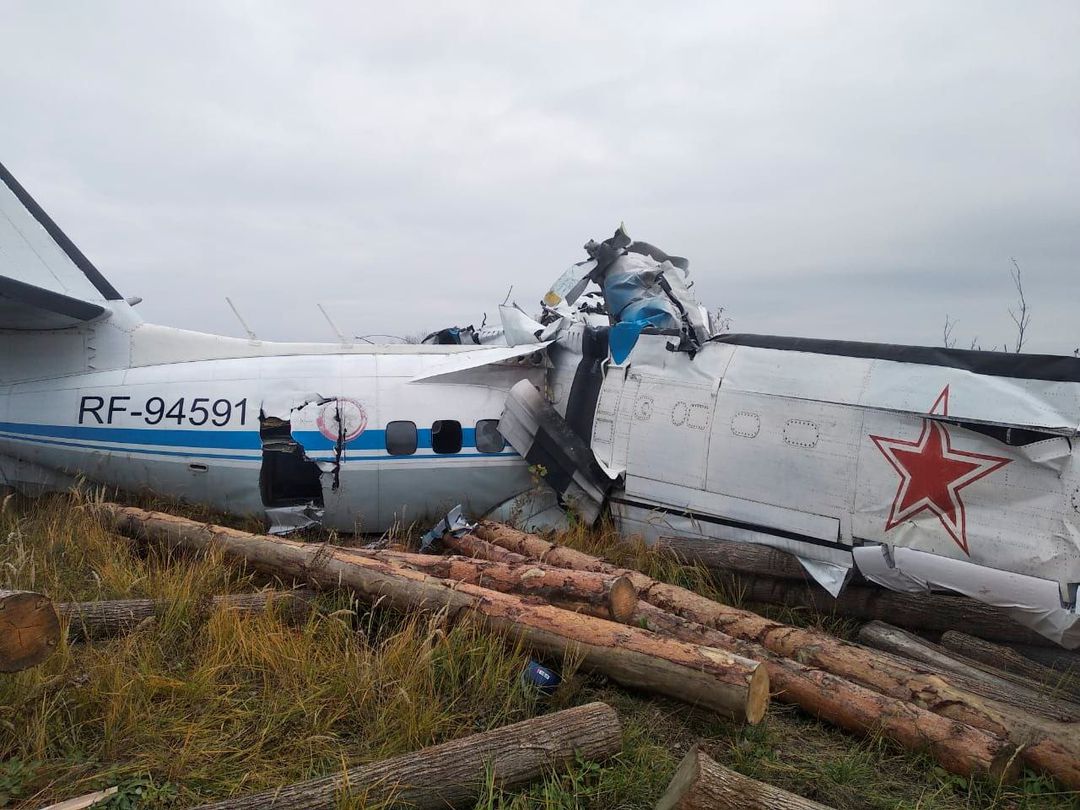 Oyogist has learned that not less than 15 people died after a plane carrying a group of parachute jumpers crashed after takeoff in the Russian region of Tatarstan early on Sunday.

The plane was said to have attained a height of 70 metres, when the pilots reported that their left engine had failed and attempted an emergency landing near the city of Menzelinsk.

While trying to turn the plane leftward to avoid an inhabited area, the plane crashed.

The aircraft was said to have carried 20 parachutists and two crew members. Six people were in a serious condition, the Health Ministry said.

The Let L-410 Turbolet twin-engine short-range transport aircraft was owned by an aeroclub in the city of Menzelinsk.

BREAKING: 10 dead, 8 rescued, others trapped as Church building collapses in Delta during...