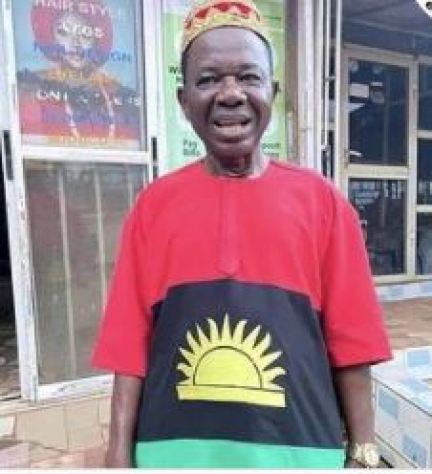 Nigerian writer, Chiagozie Fred Nwonwu raised the alarm on Friday that the actor is now in DSS custody, Oyogist.com reports.

According to him, Agu is presently in custody of the Department of State Services (DSS).

Making the claim, he wrote:

“Chiwetalu Agu is still not free. He is with DSS now. Colleagues say they are looking for a top lawyer to bail him,”

This comes after a video surfaced showing Agu alongside some actors after he was reportedly released on Friday by the army.

Recall that he was arrested and brutalized in Anambra on Thursday for wearing a Biafran attire.

Why Cannabis Can’t Be Legalised In Nigeria — NDLEA