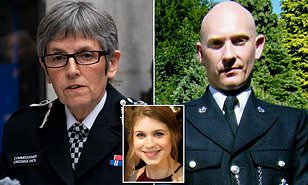 Oyogist has Learned that not less than 100 police officers and staffs in the UK have been accused of posting disturbing material on sites such as Facebook and Twitter, although only a few tiny fraction have left their jobs.

The figures came after it emerged that an officer, Wayne Couzens had exchanged degrading material with colleagues on WhatsApp before he kidnapped, raped and murdered Sarah Everard.

Over the years, a worrying number of officers and staff have been investigated over misogynistic, sexist, racist and homophobic communications.

Others are alleged to have sent explicit photos to colleagues or even sexual content to underage and vulnerable victims.
policeuk
Share
0
FacebookTwitterPinterestLinkedinRedditWhatsappTelegramViberEmail