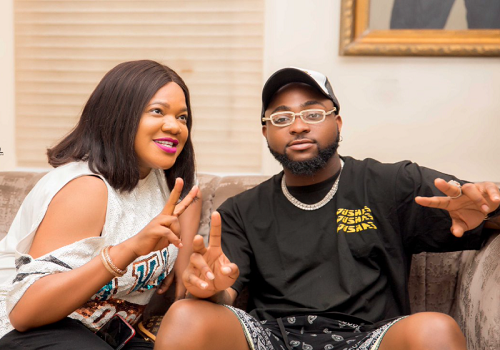 Oyogist has learned that Popular Nollywood actress, Toyin Abraham has revealed that singer, Davido supported her unconditionally when she most needed it.

The filmmaker also said that Davido relates well with people irrespective of their status in life.

Toyin Abraham wrote: “These people don’t know that David @davido was there for me when I needed him. “He didn’t think of me as being grassroots when he decided to help me and now the world needs to know that one good turn deserves another.”

“He’s international now but still relates with the grassroots, and this would continue to pave way for him because we recognize real people and David is one,” she wrote.

She continued: “All these people attacking are just not intelligent people because almost every artist in Nigeria started off as a grassroots.

Davido had earlier announced his upcoming event at the O2 Arena in London, slated for next year and Abraham reposted it with the caption; “Omo nla! (big child). Everyone go support my lil brother @davido! Show him the love you’ve shown me! Will be there live and direct! See you.