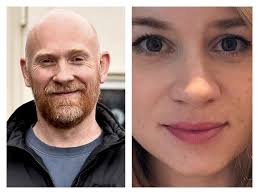 UK police officer, Wayne Couzens has been sentenced to life in prison without the possibility of parole an exceptional sentence in the United Kingdom in the kidnap, rape and murder of Sarah Everard, Oyogist.com reports.

Everard was said to be walking to her London home on March 3 when Wayne Couzens used his police identification and handcuffs to deceive her into getting in his car under the pretense that she had violated Covid-19 rules. He raped her and strangled her with his police belt later that evening.

Delivering the sentence in front of a packed court room, Lord Justice Adrian Fulford described Everard as a “blameless victim of a grotesque executed series of offenses” and called the case “devastating, tragic and wholly brutal.”

The judge added that Couzens, a serving police officer at the time, had spent the entire evening of March 3 “hunting a lone female to kidnap and rape.”Standing in the dock, Couzens kept his head bowed and his eyes closed, as he has done throughout the whole sentencing hearing.

The judge made a point of criticizing Couzens’ behavior in court, saying it was a show of “self-pity.”

Everard’s parents Jeremy and Susan, her sister Katie, and many of her friends were in court at London’s Old Bailey — the central criminal court of England and Wales.

A life sentence is mandatory in murder cases in the UK, but it is usually up to the court to decide the minimum length of time to be served before the possibility of early release.

Couzens, 48, was given a whole life order term, which is very rare and reserved for exceptionally serious crimes. Under this term, there’s no minimum time set by the judge, and the defendant is never considered for parole.

According to data from the UK Ministry of Justice, there were only 60 whole-life prisoners in the UK as of June 2021, out of nearly 7,000 inmates serving life sentences.

Everard, a 33-year-old marketing executive, went missing on the evening of March 3 after leaving a friend’s house in Clapham, south London. Her remains were found days later in woodland near Ashford, Kent — more than 50 miles from where she was last seen.

Couzens was later arrested at his home in Kent, close to where Everard’s body was found. He pleaded guilty to the charges, so there was no trial. The sentencing hearing over the past two days was an opportunity for the prosecution to present the facts of what happened in March and for Everard’s family to read impact statements.

Prosecutor Little summarized Couzens’ actions as “deception, kidnap, rape, strangulation, fire.” Little also detailed what eyewitnesses to the kidnapping on March 3 saw, saying they observed Couzens handcuff Everard, who appeared compliant and had her head down. They thought he was an undercover police officer arresting a woman.

Everard was alive for hours after her kidnapping, and was moved to Couzens’ own car later that evening, the prosecutor said. “In order to have done so and without her escaping or trying to escape or make a noise, it can be inferred that he, at least, must have threatened her,” Little told the court. Prosecutors believe Everard died around 2.30 a.m. on March 4, several hours after she was kidnapped by Couzens.

Everard’s family was given the opportunity to speak in court on Wednesday, demanding that Couzens, who spent the hearing with his eyes closed and head bowed, look at them while they read their statements.

Sarah’s mother, Susan, said her daughter “spent the last hours on this earth with the very worst of humanity. She lost her life because Wayne Couzens wanted to satisfy his perverted desires … He treated my daughter as if she was nothing and disposed of her as if she was rubbish. I am haunted by the horror of it.”

“I got into a lot of trouble during #EndSars protest”- Davido