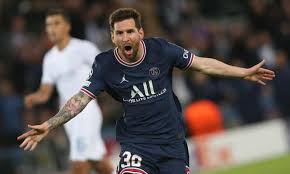 Messi returned to Mauricio Pochettino’s starting line-up after a brief injury to secure a clean finish against Manchester City.

In a post-match press conference, Messi’s former Barcelona head coach Guardiola spoke glowingly about the 34-year-old and how hard it is to contain the Argentine for 90 minutes.

“We know it’s impossible to control Leo during the whole 90 minutes but he was not much in touch with the ball.

“We know quite well when he can run and get close to the box he is unstoppable. We knew it already, we spoke about that, we cannot control them for 90 minutes, these huge talents.

“The only options I know is to defend deep, for 90 minutes deep, and pray or to take the ball and try to play your game. We played our game.

“Our attackers could be more aggressive and say, ‘Oh, I can score – I have this quality’. This is what they have to do in the future.”

College student, Tyler Gilreath dies from Covid-19 complications after refusing to get vaccinated