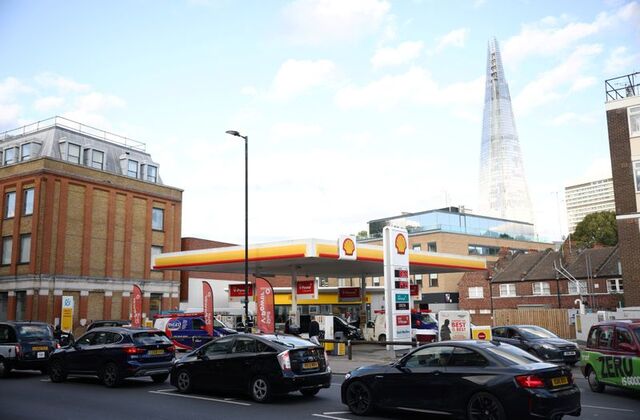 According to report reaching oyogist.com, Britain on Monday put the army on standby to help with the ongoing fuel crisis as fears over tanker driver shortages led to panic buying, leaving many of the country’s pumps dry.

“Limited number of military tanker drivers to be put on a state of readiness and deployed if necessary to further stabilise fuel supply chain,” the Department for Business, Energy & Industrial Strategy said in a statement issued late on Monday.

Desperate motorists queued up at fuel pumps across Britain, draining tanks, fraying tempers and prompting calls for the government to use emergency powers to give priority access to healthcare and other essential workers.

The government says a lack of tanker drivers to deliver fuel and unprecedented demand is behind the crisis.

The military drivers will receive specialised training before deploying if the crisis does not ease in the coming days.

“While the fuel industry expects demand will return to its normal levels in the coming days, it’s right that we take this sensible, precautionary step,” said Business Secretary Kwasi Kwarteng.

“If required, the deployment of military personnel will provide the supply chain with additional capacity as a temporary measure to help ease pressures caused by spikes in localised demand for fuel,” he added.

The government has already made a drastic U-turn on tighter post-Brexit immigration policy, offering short-term visa waivers to foreign truckers to help plug the shortfall.

Fuel operators, including Shell, BP and Esso, said there was “plenty of fuel at UK refineries” and expected demand to return to normal levels in days, easing pressure.

“We would encourage everyone to buy fuel as they usually would,” they added in a joint statement.

But long queues were seen outside filling stations, even overnight, frustrating drivers and stoking concern about the effects on the wider economy.

“Please find it in your heart to forgive me”- Bobrisky apologizes to his ex-best friend, Tonto Dikeh