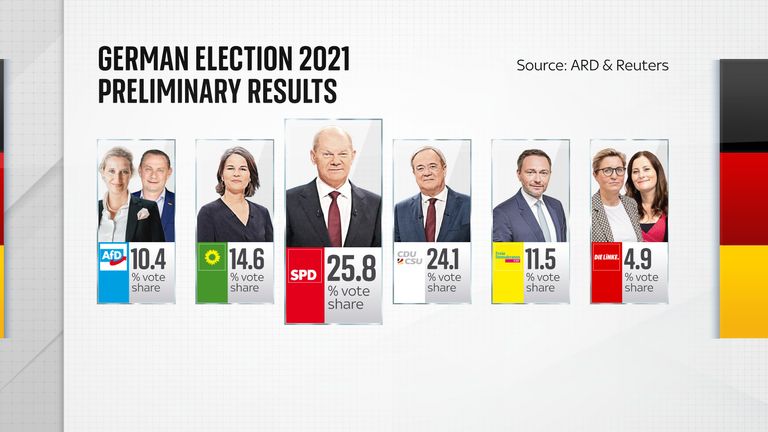 Oyogist has learned that Results obtained from Germany’s Preliminary elections highlights a swift victory for formation of the country’s first three-way coalition government before a successor to Mrs Merkel is chosen.

The two parties have signalled they are willing to discuss a three-way alliance with either of their bigger rivals to form a majority 50% government.