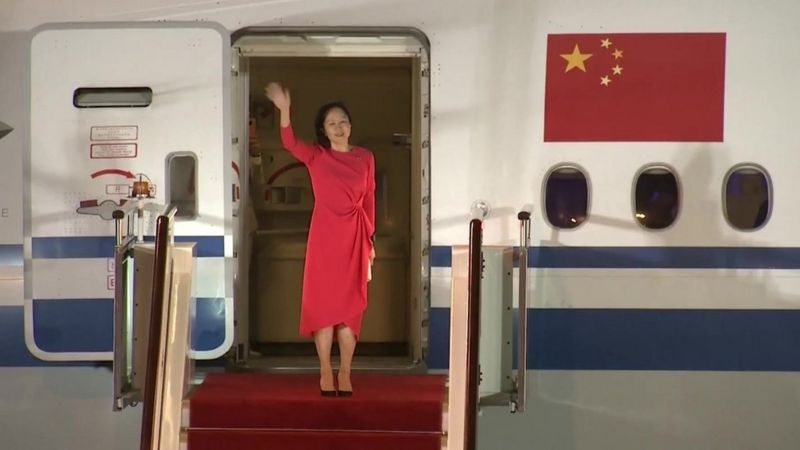 Oyogist has learned that an executive of Chinese tech Gaint, Huawei, Identified as Meng Wanzhou has regained freedom from Canadian detention after he was Accused of Fruad.

The two Canadians Identified as Michael Spavor and Michael Kovrig were accused of espionage early 2018 .

The apparent swap brings to an end a damaging diplomatic row between Beijing and the West.

A couple of hours later Ms Meng touched down in Shenzhen, China, to applauds from a crowd gathered at the airport.