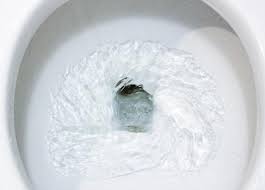 Oyogist.com has learned that a Domestic helper Identified as Gozar Rose Magtanong, has been jailed for mixing her employer’s drinking water with saliva and toilet water jailed.

It was gathered that the domestic helper who was unhappy with her employer’s family filled their drinking water with water from the toilet bowl, and water which she used to clean furniture.

Gozar, a Filipina, was jailed for four weeks on Monday (27 September) after she pleaded guilty to one count of dishonestly misappropriating the creams, and one count of committing mischief.

The helper’s lawyer Kevin Liew told the court that Gozar had been employed under “less than favourable” circumstances when she worked for the family from September 2019 to August 2020.

The family stayed in a condominium. When asked what drove her to the offences, Liew said Gozar was made to sleep short hours, had her phone confiscated, and was not paid in a timely manner.

As of now, her employer still owed her two months and 10 days’ salary, according to Liew, an allegation currently being investigated by the Ministry of Manpower.

In June last year, the employer’s 38-year-old wife began noticing that her cosmetic creams in the master bedroom were depleting faster than usual. She noticed finger impressions on the surface of the creams and felt suspicious, as she would normally swipe at the creams with a light pressure.

The woman installed a CCTV and caught Gozar entering the walk-in wardrobe to use her products from July to September last year.

After viewing the footage, the couple brought her to her agency intending to terminate her services. During an interview with the customer service officer at the employment agency, with the couple present, Gozar confessed that she had spat saliva into the water jug used by the family, including the couple’s two-year-old son, on many occasions.

She had also filled the jug with toilet water by dipping a rag into the toilet bowl and wringing it out into a pail, which contained water used to clean the television and tables. She then added the pail water and her saliva to the water jug.

The couple checked CCTV cameras overlooking the kitchen and found Gozar spitting into the water jug on 31 August last year.

They later lodged a police report.Liew sought three weeks’ jail for the mischief charge, while asking for a short jail term of three days for the charge involving the creams, in lieu of a fine as Gozar could not pay.

Liew told the court that Gozar, a mother of children aged four, seven and 12, had not offered the reason behind her motivation for offending, and had only confided in the lawyer during her interview.

Apart from short sleeping hours, Gozar was fed a poor diet consisting of bread and coffee in the morning and porridge, which was left overnight for lunch. She was also scolded for eating eggs from the house, according to her lawyer.

The maid only weighed 40kg during her employment.When she made mistakes, her employers would also scold her “stupid”. Till now, her employers allegedly still owed her salary, said Liew.

The prosecution replied that while the other allegations were not borne out by investigations, the couple were being investigated over the salary issue.

District Judge Ng Peng Hong told the maid, “As a foreign domestic worker, your behaviour in contaminating the drinking water of the family is certainly something that cannot be condoned, certainly to be deterred. If you have any grievances…(there are) legitimate channels for you to do so it’s not right to do the way you have done.”

“I battled anxiety after BBNaija”– Dorathy