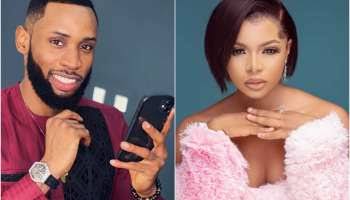 Liquorose revealed this while discussing with her fellow housemate Emmanuel who she has been quite close to in the house amid rumours that they both have had sex in the house.

She revealed that she can date a guy for months and not have sex with the person.

“I am not sexually active, I’m not. I can date you for four months without sex but we can be doing other crazy stuff. But when I want to, I make love.

“Asides from that we could do other crazy stuff and with that, you would barely cheat because I can bet on myself that you won’t even want to be with another woman by the time I’m done with you. I’m a spec and I know it,” she said.

“Signing Ronaldo will cause many problems for Solskjaer – Carragher