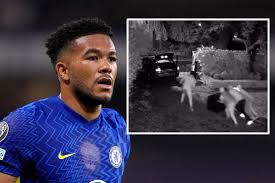 Oyogist has learned that the home of Chelsea’s star player, Recee James was broken into by robbers.

According to sources, Reece James was in action against Zenith St Petersburg in their champions league group games when the incident happened.

The unidentified robbers were said to have sneaked into the apartment.

Upon his return, the defender discovered that his UCL and UEFA Super Cup champions medals have been stolen.

“It is within our purview to collect VAT”- Southern Governors