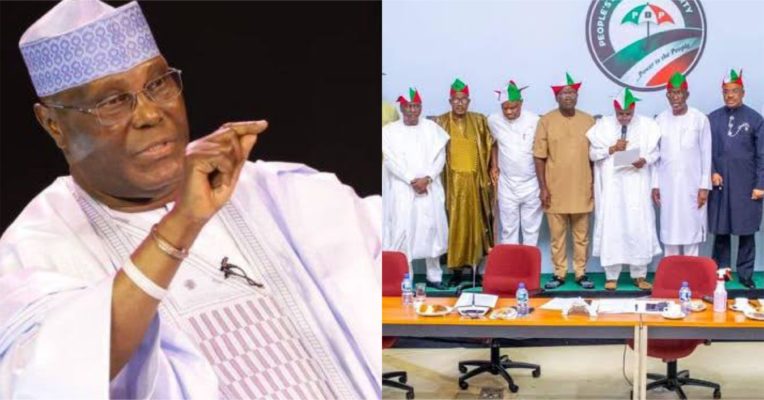 Oyogist has learned that present opposition Peoples Democratic Party (PDP) has asked Nigerians for another chance to form government at the federal level, promising to do better if elected in 2023.

The party disclosed this as a meeting, as attendance at the meeting include PDP governors, NEC members, Board of Trustee members, National Assembly caucus, and states Chairmen.

“NEC is confident that the PDP has earned the trust of Nigerians once again and our party will do better when given the opportunity to lead the nation,” the PDPs national publicity secretary, Kola Ologbondiyan, said while reading resolutions reached at the meeting.

The PDP had also

scheduled its elective national convention for October 30 and 31 in Abuja and September 9 to review nominations and adopt zoning of national offices of the party.
PDP
Share
0
FacebookTwitterPinterestLinkedinRedditWhatsappTelegramViberEmail