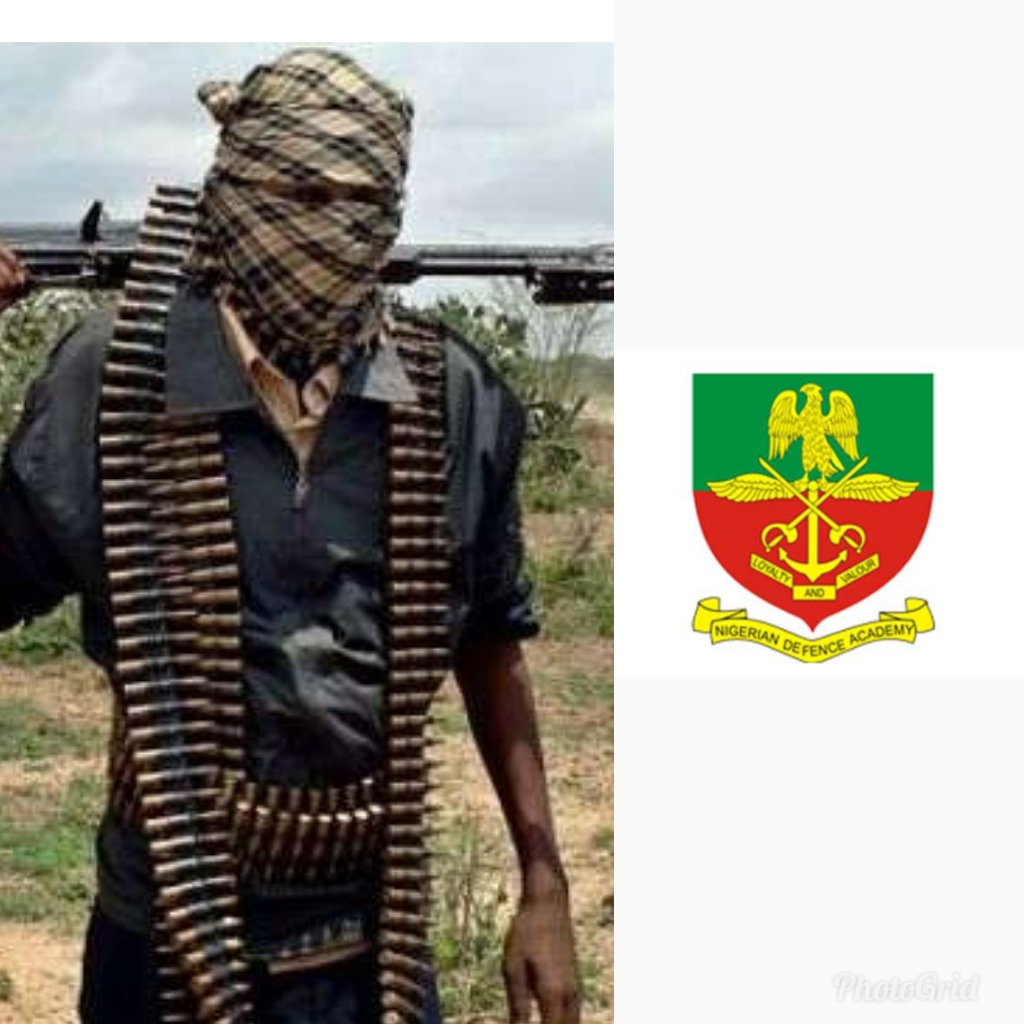 According to reports reaching Oyogist.com, Armed Bandits have reportedly attacked the permanent site of the Nigerian Defence Academy in Kaduna State, killing two officers and abducting one other officer.

It was gathered that the bandits attack occurred in the early hours of Tuesday.

The bandits who came in a vehicle were said to have passed through the security gate into the academy, disguised in military uniforms, after which they proceeded to the officers’ quarters.

On arrival, they began shooting sporadically and in the process, killed two officers (a Major and a Squadron Leader), and later on, took another Major away through the nearby bush inside the academy.

The sound of the gunfire, however, alerted the troops of the NDA Quick Response Team, who arrived at the scene, but were unable to rescue the kidnapped officer as the bandits were already gone with the victim.

A combined team of security operatives has now launched a manhunt of the bandits inside the bush including air surveillance with a view to arresting them and rescuing the kidnapped officer.

The Nigerian Defence Academy is located few metres away from the Federal College of Forestry Mechanization Afaka, in Igabi local government area of Kaduna State, where 39 students were abducted by bandits in March.

‘We left everything’: Afghan refugees opens up after fleeing Taliban

Aki and Pawpaw’ remake set to hit cinemas in December