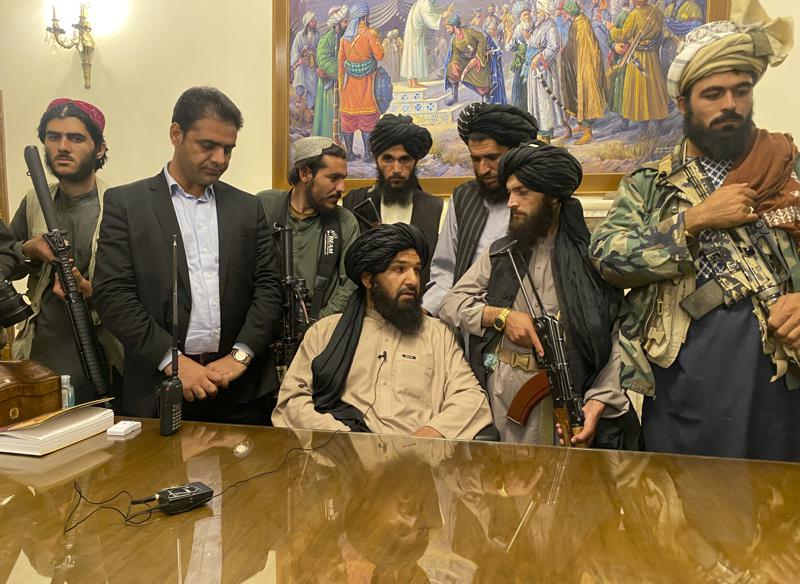 According to report reaching oyogist.com, the Taliban warned on Monday there would be “consequences” if the United States and its allies extend their presence in Afghanistan beyond next week, as chaos continued to overwhelm Kabul airport.

The hardline Islamists’ takeover of the country last weekend shocked Western nations, coming just two weeks before an August 31 deadline for all troops to fully withdraw from the country.

To manage the chaotic airlifting of foreigners and Afghans — many of whom fear reprisals for working with Western nations — thousands of soldiers have poured back into Afghanistan, with pressure growing on Washington to extend the deadline.

But the Taliban, who have so far sought to strike a more moderate tone, showed no willingness to compromise on the US pullout.

“If the US or UK were to seek additional time to continue evacuations — the answer is no. Or there would be consequences,” Taliban spokesman Suhail Shaheen told Sky News on Monday.

Staying beyond the agreed deadline would be “extending occupation”, he added.

The rush to leave Kabul has sparked harrowing scenes and killed at least eight people, some crushed to death while at least one person died after falling from a moving plane.

One Afghan was killed and three others were injured in a dawn firefight on Monday that according to the German military erupted between Afghan guards and unknown assailants.

”If you rush into marriage, you would rush out”- Funke Akindele-Bello advises single ladies