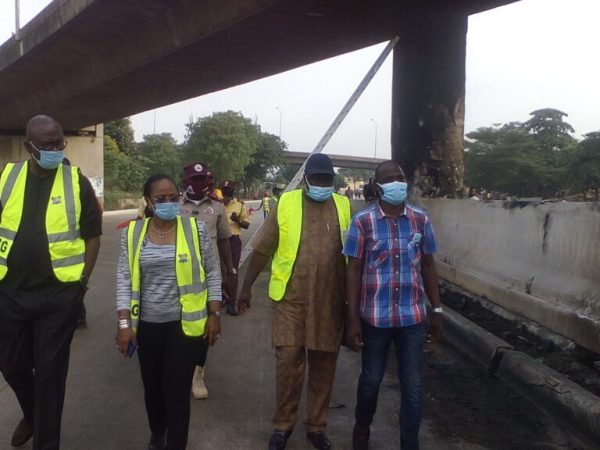 Oyogist has learned that the Federal Controller of Works in Lagos, Mr Olukayode Popoola, has disclosed that traffic on Apakun axis on Oshodi Expressway would be diverted to Ladipo service lane and Airport Road for three days starting from Friday in order to kick-start repair works on the Lagos airport flyover bridge.

Mr popoola, in a statement obtained by Oyogist said:

“The closure of Oshodi Expressway at Apakun will be on Friday, 13th Aug. by 12.00 pm till 16th Aug. Monday at 12.00 noon.“Traffic will be diverted to Ladipo service lane and Airport Road.

“From 16th, the carriageway will be narrowed to two outer lanes so that the contractor can carry out the jacketing of the pier.“This will last for five weeks, from Aug. 16 to Sept. 22,” he said.

He further appealed to road users to obey traffic rules and regulations around the construction zone to ensure safety and speedy completion of the project.