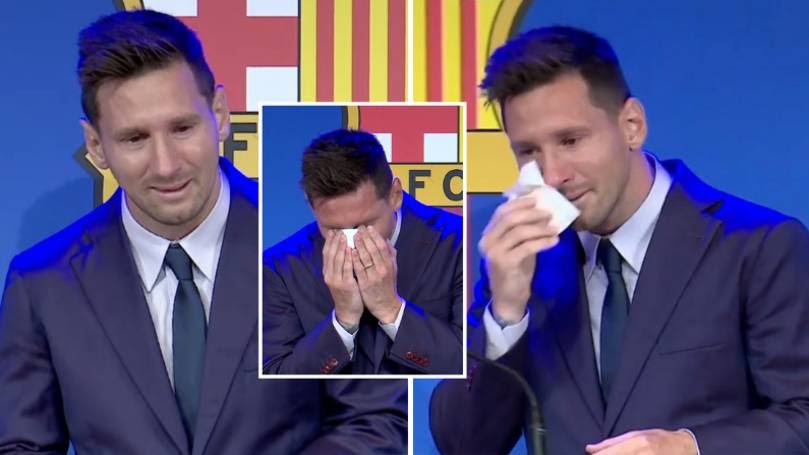 Oyogist has learned that Lionel Messi has bid an emotional farewell to Barcelona, as he held a press conference, following a recent announcement that he would be leaving the club.

Barcelona revealed earlier in the week that they wouldn’t be renewing the player’s contract due to financial constraints, meaning he would be leaving the Catalan giants after 21 years.

On Sunday, he held his final press conference at the Nou Camp to say goodbye to the club, his former teammates and the fans.

Messi was in tears as soon as he got onto the stage, before delivering an emotional speech that concluded with a long standing ovation from those inside the stadium, including his teammates and coaches.