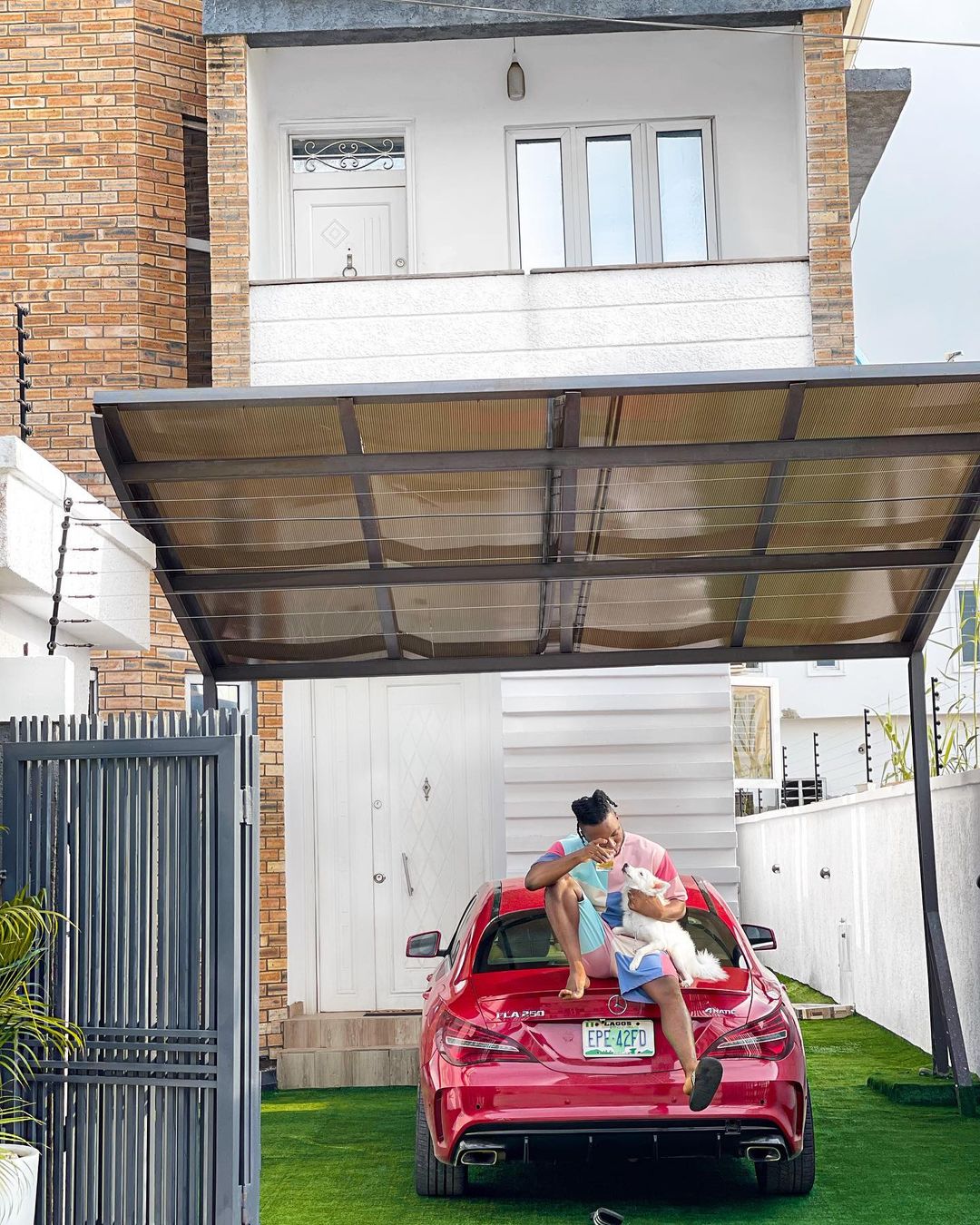 DJ Kaywise took to social media to show off his newly acquired house.

Sharing photos of himself in front of the house and he wrote:

“Congratulations to me! House No 5.

Ayorinde Kehinde Okiki (born 4 August 1992), known professionally as DJ Kaywise is a Nigerian disc jockey and record producer. Kaywise broke into the mixtape market in Alaba in 2010. He has since gained prominence as a DJ in Nigeria and has released chart topping songs with many Nigerian music stars.

Reality star, Ozo gets a house from his fans on his birthday