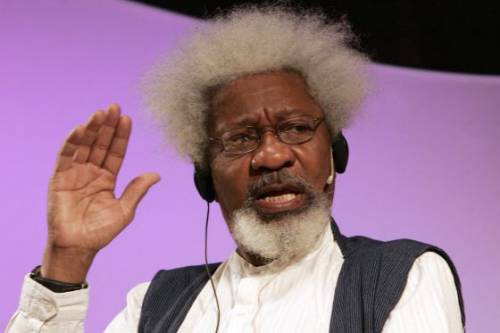 Oyogist has learned that Nobel laureate, Wole Soyinka, has emphasized that Nigeria would not remain together except there is decentralisation of power.

Soyinka Futher Disclosed that Nigeria was on a suicide plunge and people were defying the police and the government because they wanted to get out of the system.

“Again this is not Wole Soyinka saying this. Generals have said it. Everybody has said; ex-heads of state have said it; analysts have said; economists have said it and that’s what is happening to the people on the streets; that’s why they’re moving; that’s why they’re demonstrating; that’s why they’re defying even threats from the police; from the government ‘if you demonstrate, you’re traitors, we’ll deal with you…we’ll speak to you in language which you’ll understand’.
“It doesn’t work with anybody any longer. Because the nation is on a suicide slide and the people feel that they do not deserve that kind of suicidal plunge and they have the right to say ‘sorry o, I’m getting out of this plane before it nose-dives.”
nigeriaWole Soyinka
Share
0
FacebookTwitterPinterestLinkedinRedditWhatsappTelegramViberEmail