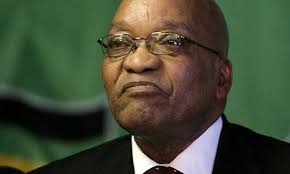 Zuma had earlier pleaded not guilty in May to charges including corruption, fraud and money laundering.

He portrayed himself as the victim of a politically motivated witch-hunt, thus evading prosecution.

Zuma is currently serving a 15-month sentence for contempt of court.

Toni Tones shares amazing photos as she celebrates her birthday(photos)