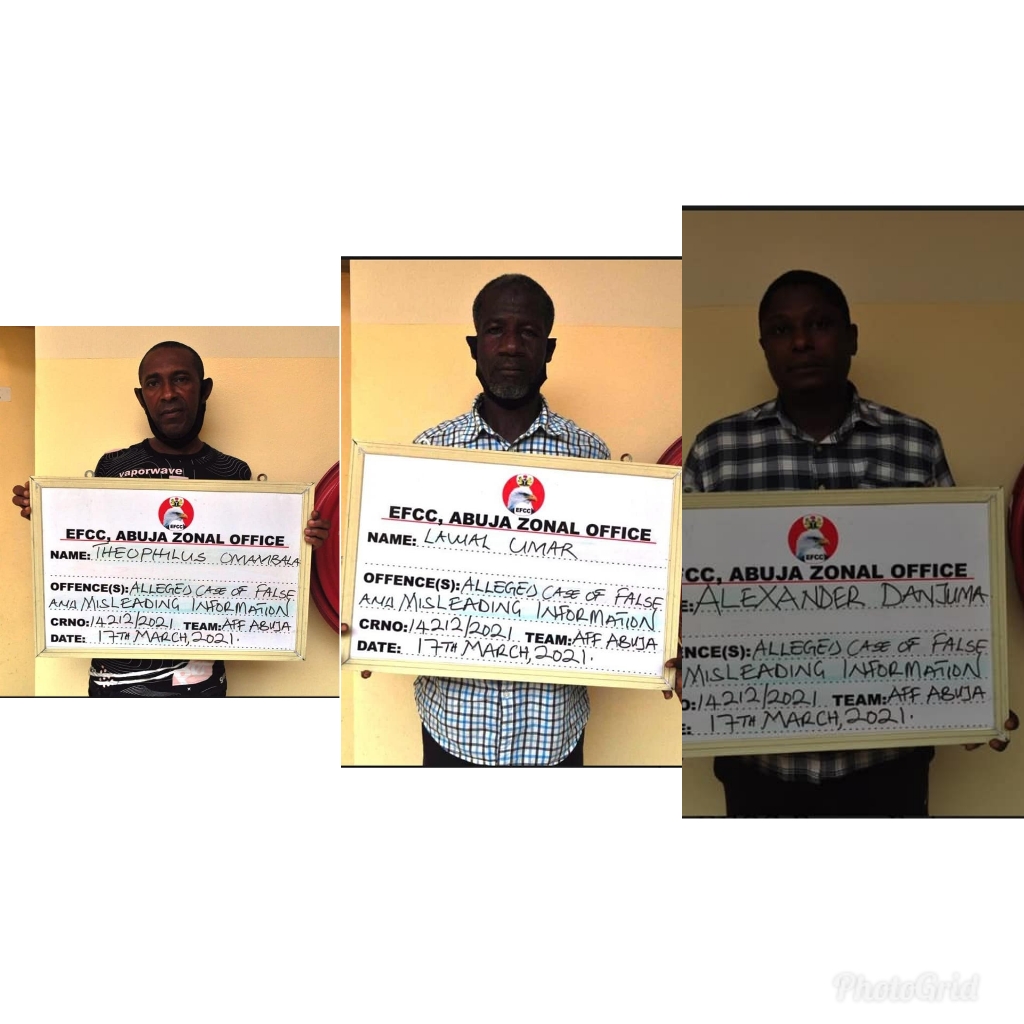 Oyogist.com has learned that a High Court has sentenced 3 whistleblowers to 3 months imprisonment over false information.

EFCC Head, Media & Publicity, Wilson Uwujaren, in a press statement in Abuja, said the defendants gave false whistle blowing information to operatives of the Commission that monies were stashed in the residence of one Audu Innocent Ogbe located at Lugbe, a suburb of Abuja.

He said they had pleaded not guilty upon arraignment, however, at Thursday’s hearing the defendants changed their plea to guilty, having entered a plea agreement with the prosecution.

The Spokesperson said: “Consequently, the prosecution counsel, Aliyu Bokani Usman urged the court to convict and sentence the defendants.

”However, the Defense Counsel, A.I. Na-Jirgi, prayed the court to temper justice with mercy, stating that the convicts were first time offenders and had become remorseful.

”He said Justice Musa sentenced them to three months in prison with the option fine of N50,000 fine each.

Actress Tonto dikeh reveals why she went under the knife