Copyright 2021 - All Right Reserved
Home People “Although Sunday Igboho abused us, we have to help him – Gani Adams Appeals To South-West leaders
People

“Although Sunday Igboho abused us, we have to help him – Gani Adams Appeals To South-West leaders 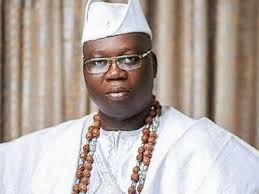 According to Adams, anything that happens to Igboho will be a slap on the face of the entire Yoruba race.

“I appeal to our traditional rulers starting from Ooni, to Alake and other leaders, including our Governors who Sunday had abused and insulted – you know he insulted me too but we need to forgive and help him. We must not allow this to consume him.

“We are appealing to them generally not to allow Sunday Igboho to be consumed. The issue on the ground now is about the interest of the Yoruba Nation. Either you support self-determination or not, anything that happens to Sunday Igboho will be a slap to the entire Yoruba race. They should not forget that the issue on the ground is not only the issue of self-determination. It is also about insecurity – that some tribes are determined to overrun our own region.

“If you allow this to consume Sunday Igboho, it will create an advantage for the criminals, who have already invaded our farms and communities to cause a security threat.