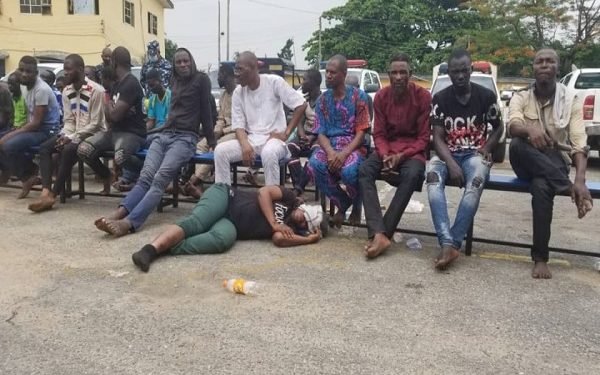 Those paraded include 47 men and two women.

Majority of the suspects, according to Commissioner of Police (CP) Hakeem Odumosu, were intercepted and found with guns, axes, Oodua flags, Yoruba Armed Forces vests and other items. Others were arrested at the protest ground in Ojota.