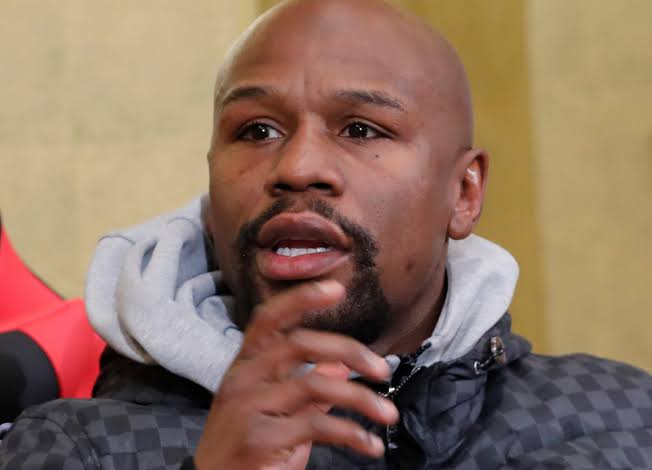 Some media houses had reported that Mayweather recently engaged his girlfriend just a couple of weeks after their relationship came to light.

A source told The Sun: “He was annoyed initially that the news of their relationship broke because he wanted to keep it private.

Anna heightened speculations as she shared an image of an enormous diamond ring worn on her wedding finger on her Instagram page on Sunday.

“I am not engaged and haven’t been engaged or married, those are just rumours and lies,” his post read.

Recall Floyd’s ex-girlfriend and also the mother of his three children, Josie Harris, was found dead aged 40 in her car by police in California in March 2020 outside her home in Valencia. “You’re who you think you are! not what they want you to be” – Teni

Popular Nigerian female R&B singer, Teni D Entertainer has dished an advise to people who feel bothered about what others think about them. According to the ‘Billionaire’ crooner, a person is who
Read More Veteran Nollywood actor and filmmaker, Muyiwa Ademola on Sunday posted photos of himself on a single bed via his Instagram handle. The multiple award-winning actor made this known himself on Sunday vi
Read More A Nigerian lady identified as Kike Oniwinde has received a special recognition from Roc Nation, the entertainment company owned by famous US rapper, Shawn Carter also known as Jay Z. The recognition i
Read More