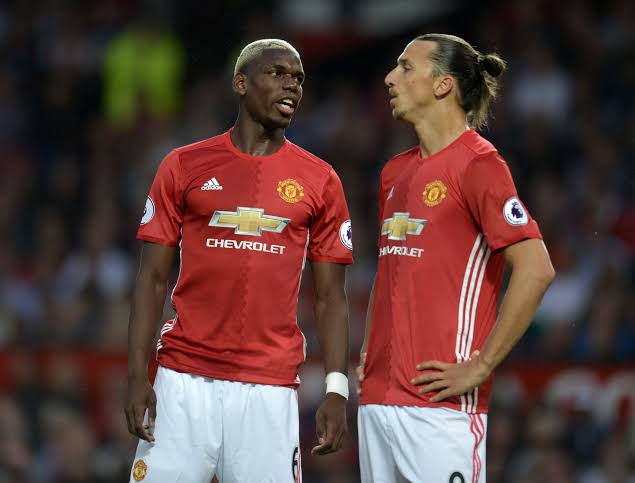 Oyogist.com has learnt that Manchester united Midfielder, Paul Pogba has defended his former teammate amidst allegations of making racist comments towards Romelu Lukaku.

There was clash between Zlatan Ibrahimovic and Romelu Lukaku in the Milan derby in Italy which saw both players receive yellow cards.

Recall that Paul Pogba was a teammate to both players at Manchester united.

Paul Pogba reacted to this via his twitter- handle, he tweeted: “Zlatan… racist? 🤨 He loves me too much so he’s the last person I’d think of as racist! Come on, don’t joke with that one! 🤣”

(VIDEO): Young man proposes to his girlfriend in the middle of the market