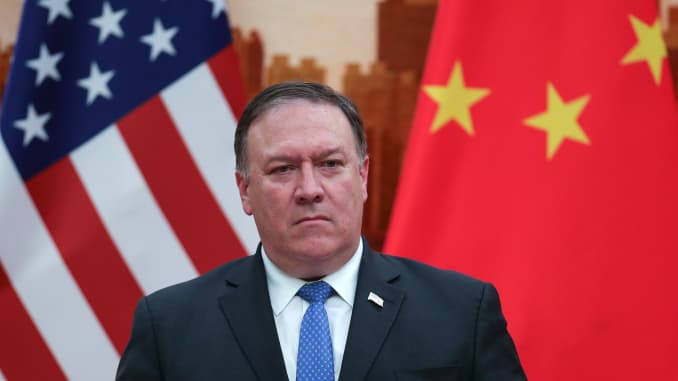 According to reports reaching Oyogist.com the Republic of China has formally sanctioned several of Trump’s administration officials including former Secretary of State Mike Pompeo.

This sanctions occurred few minutes after Joe Biden was sworn in as president of the United States.

The Chinese Foreign Ministry in a statement said the 28 people it sanctioned “planned, promoted and executed a series of crazy moves which have gravely interfered in China’s internal affairs, undermined China’s interests, offended the Chinese people and seriously disrupted China-US relations.”