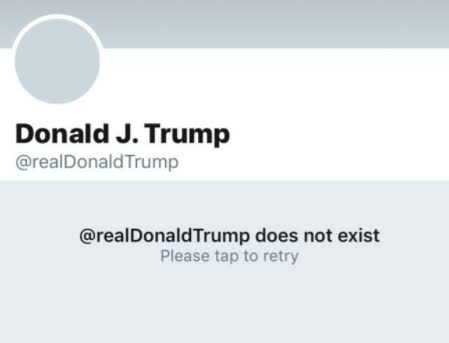 The company banned the @realdonaldtrump account citing ‘risk’ that the president would incite further violence, Oyogist.com had earlier reported.

“After a close review of recent tweets from the @realDonaldTrump account and the context around them — specifically how they are being received and interpreted on and off Twitter — we have permanently suspended the account due to the risk of further incitement of violence,” read a company statement late Friday.

Mark Hamill asked, “And how is YOUR day going?” along with a screenshot of the president’s suspended account.

American Comedian, Sarah Cooper asked if the president would still be in the right state of mind following his ban.

“Uhm,” she wrote. “Anyone worried he might lose his mind. Who the hell is going to explain to him that his precious Twitter followers are all gone.”