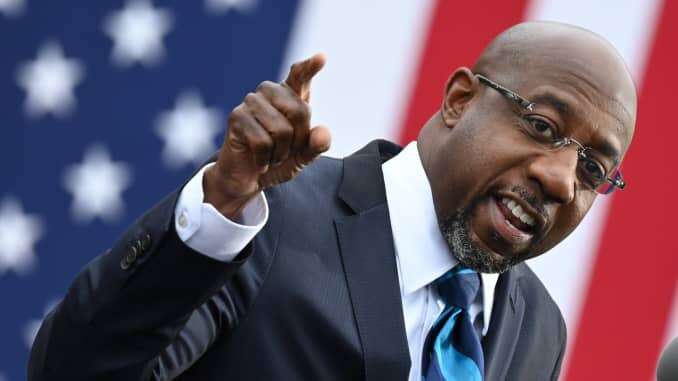 According to report reaching oyogist.com, Democratic candidate, Raphael Warnock, has reportedly defeated incumbent Republican Senator Kelly Loeffler, in first of two critical runoff elections in Georgia which will decide control of the US Senate for a Joe Biden’s presidency.

Warnock narrowly ousted incumbent Senator Kelly Loeffler, in what was termed to be an embarrassment for the 45th US President Donald Trump as his 4 years tenure comes to an end.

CNN projected Raphael Warnock, to have won a 50.5% of the votes cast in Georgia in the first run off while the outcome e of the second run off will determine the US senate in the first two (2) years of a Joe Biden’s presidency.

According to a statement made by Warnock, he said; “To everyone out there struggling today, whether you voted for me or not, know this.

“I hear you, I see you and every day I’m in the United States Senate I will fight for you.”

The new victory is going to make Raphael Warnock, the first Georgia Democratic elected representative in the US Senate in 20 years.