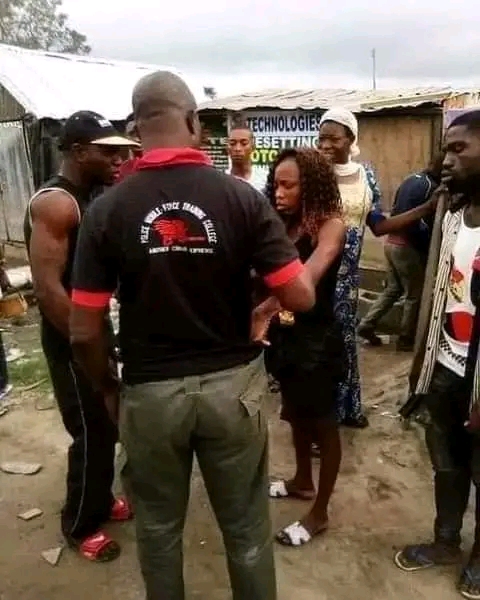 An alleged sex worker in Anambra recently made a shocking U- TURN after calling out a mopol officer for refusing to pay for her services, Oyogist reports.

The unidentified lady had caused commotion in the community few days ago after she openly embarrassed the mopol officer for not agreeing to their initial payment agreement after rendering her services to him.

However, in what most people regarded to as a twist, the young lady now claims the officer paid her and that she only did what she did to chase clout.

Going further, the lady who seemed frightened while giving the latest update, said she has accepted all that has happened with good faith, and urged people to forget about the incident.