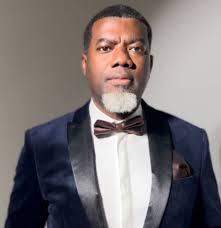 Reno Omokri, an Aide to former president Goodluck Jonathan has called out Senator Shehu Sani after he failed to win the PDP Governorship primaries in Kaduna state, Oyogist reports.

Reno in a recent post on his official Instagram page emphasised on the importance of ground work in politics.

Going further he highlighted that although the former senator currently has over 2 Million followers on Twitter, he secured only two votes while Bashir Ahmed who has 1 million followers got 16 votes.

” I have said this multiple times, the entire Nigerian population on twitter and Facebook is less than 20 million.

“That means there are by far more Nigerians who either do not have access to social media, or who are not interested.

“you can only reach them offline, he concluded.