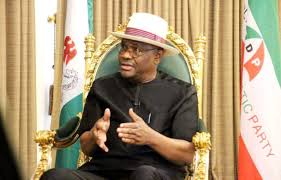 The concerned Nigerians conveyor made this known in a post on his Twitter handle few minutes ago, as he further stated that most northerners would work against Wike because they believe he is responsible for manipulating many congresses across the party.

“If Wike wins the PDP ticket, I see many of the Northern stakeholders leaving the party or working against him within because they already believe he is responsible for manipulation of many congresses across the country. Imagine organizing a parallel primaries in Akwa Ibom.

“Because Udom is running for president. See the thing they are doing in Edo. PDP is in complete crisis in the SE because of Wike’s interest.

“How do you intend to win the general election after dividing your party so much like this because of primaries?