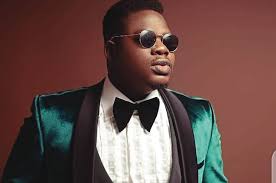 Oyogist has learned that Nigerian comedian, Debo Adebayo popularly known as Mr Macaroni has once again advised Nigerians on the need to vote a credible candidate into power in the forthcoming 2023 Presidential Elections.

The skit maker who shared series of posts on his official Twitter page earlier today highlighted that the country is currently in a critical state.

“You can’t Bully anyone into voting for your candidate. People would always have their preferences.. Right now, Nigeria is in a Critical state and we need good and Credible Leaders in office. So if you still need Mr Macaroni to tell you who to vote for, then we never ready.

However, While insisting on his stance in the forthcoming election, the skit maker disclosed that he would vote for a good and credible Candidate. According to him,

“After all primaries have been concluded, I will mention my preferred candidate and cast my vote for the person. One thing is however certain, I will not vote APC or PDP!! Lastly, I won’t harass Nigerians to vote anyone.