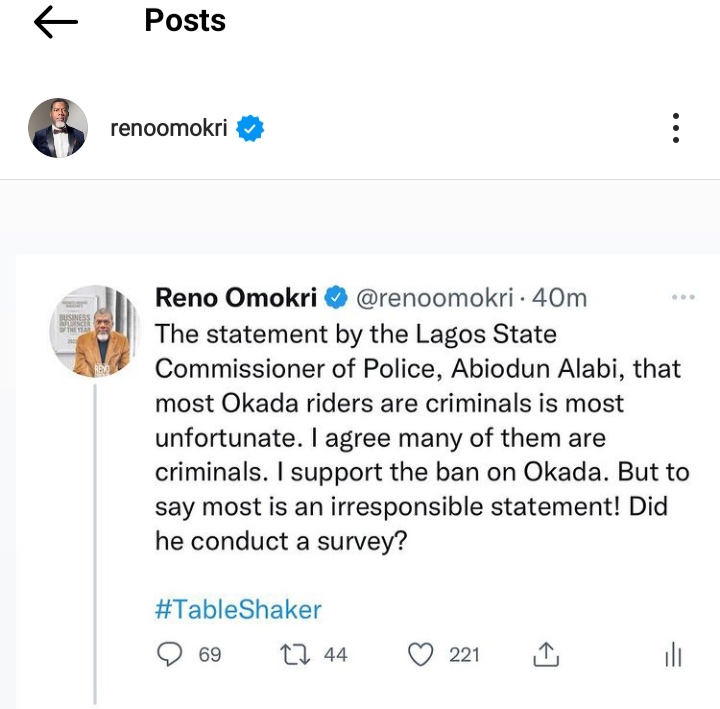 Nigerian Author, Reno omokri has called out the Lagos state commissioner of Police shortly after he released an official statement regarding the ban on motorcycle (Okada) operations in some parts of Lagos state, Oyogist reports.

Recall oyogist had earlier reported that the state Governor, Babajide Sanwo-Olu announced the ban during a meeting with police chiefs in the state, saying it is “total and indefinite”.

Reno, while reacting, called out the state CP for describing most okada Riders in the state as criminals.

According to him, although he was in support of the ban on motorcycle operations, the police commissioner, Abiodun Alabi made an irresponsible statement.