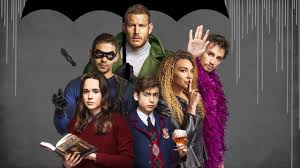 Popular streaming platform, Netflix has announced June 22 as the official release date for Season 3 of The Umbrella Academy, Oyogist reports.

Netflix made this known in a tweet shared on its page few minutes ago.

Colm Feore is back as Reginald Hargreeves, too, while Euphoria star Javon Walton is set to join the established cast in an undisclosed role.