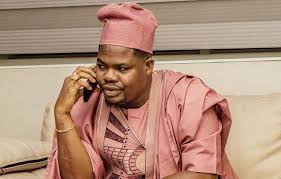 Recall Oyogist had earlier reported that the protesters, comprising of mostly students had stormed the streets in their numbers, demanding an immediate resolution to the ongoing ASUU Strike.

Mr macaroni while reacting condemned the military for taking such an action, describing it as highly unacceptable and embarrassing for the Nigerian government.

“This is highly unacceptable! It is also embarrassing for the government! But of course we know they don’t care!! Our Politicians children dey school abroad while Nigerian students are protesting against the ASUU Strike. Yet they are still being threatened!! #EndASUUStrikeNow

“I don’t think Nigeria has ever had it this bad!!! Insecurity, Economic Hardship, ASUU strike, decline in the health sector, Corruption, Police brutality, religious extremism, Killings upon killings!! Nooo!! This has to be the very worst!!!!