Elon Musk Stirs Reactions After Posting An Update On His Death 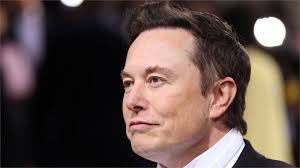 Telsa CEO and Founder, Elon Musk has stirred massive reactions online hours after he shared a cryptic post on twitter regarding his death, Oyogist reports.

Elon Musk, who recently acquired Twitter, posted a confusing tweet on the microblogging website on the morning of May 9, talking about him dying under “mysterious circumstances”.

Taking to social media, Musk said, “If I die under mysterious circumstances, it’s been nice knowing ya.”

The text post that Musk uploaded on Twitter also states, “And for this, Elon, you will be held accountable like an adult – no matter how much you’ll play the fool.”

Musk tweeted the post with the caption, “The word Nazi doesn’t mean what he seems to think it does.”

The two posts that were uploaded by Musk insinuate that the world’s richest man might be facing threats from Russia for reportedly helping Ukraine fight the war against the country.