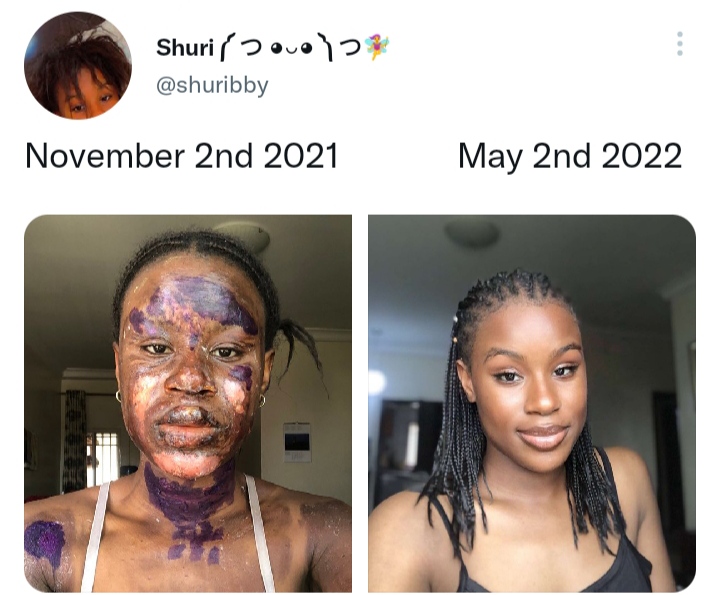 A Nigerian lady simply identified as Shuri on twitter has shared her transformation photos after surviving a fire incident, Oyogist reports.

The incident which happened in 2019 caused severe havoc on her as the fire reportedly burnt her face and other major parts of her body, as captured in the photo.

‘Healing Process From November to December”

How Nigerians are Reacting;

Shortly after the post surfaced online, several Nigerians claimed that the lady wasn’t involved in a fire accident cos it’s impossible for one to heal up so fast, like she did.

Many also claimed the photos looked like she did ‘burn makeup.