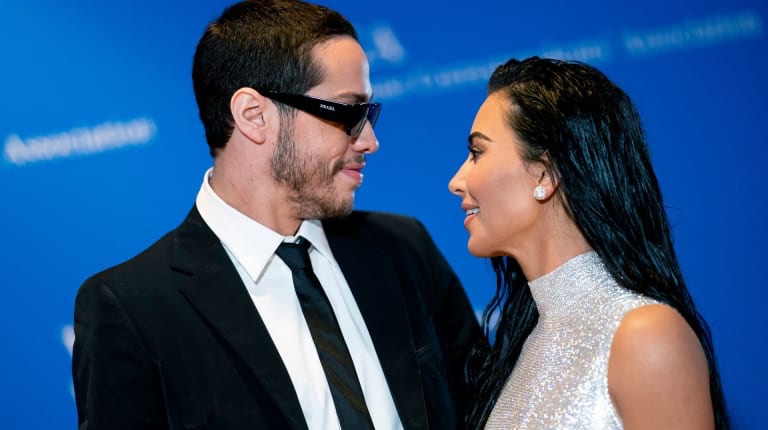 Oyogist has learned that Kardashian’s new lover Pete Davidson has tattooed her initials and that of her four children on his neck.

The “Saturday Night Live” star was photographed leaving the Fonda Theatre in Los Angeles over the weekend with a new tattoo on his neck that appears to read “KNSCP.”

K stands for Kim, while the other letters could be a tribute to the four kids Kardashian shares with ex Kanye West: North, 8, Saint, 6, Chicago, 4, and Psalm, 2.

This isn’t the first time Davidson will be inking the Kardashians on his body.

It would be recalled that the TV host had earlier inked his new bae ‘KIM’ on his chest.