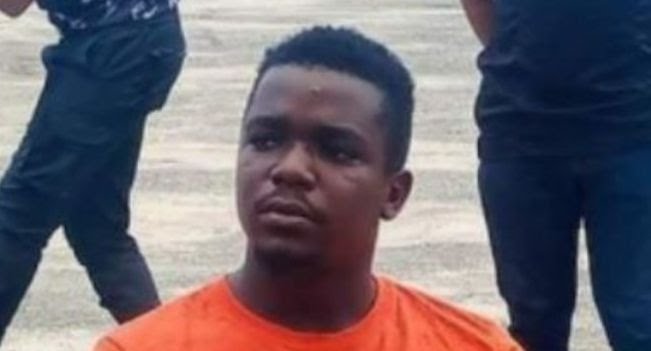 The alleged killer of A’Ibom job seeker, Uduak Akpan, has surprisingly pleaded ‘not guilty’ to the murder of late Iniubong Umoren, a graduate of the University of Uyo, Oyogist reports.

Recall oyogist had reported few months ago that the suspect in pretex of securing a job for her, had killed umoren and buried her in a shallow grave.

However, in a recent statement the suspect, Uduak Frank Akpan, has denied ever knowing or meeting late Iniubong.

Akpan had initially pleaded guilty before the Akwa Ibom State High Court for the murder of Umoren whose body was exhumed from his father’s residence in Uruan local government area of the state.

While giving evidence on a two count charge of murder and rape levelled against him, Akpan claimed he only got to know about the name “Iniubong Umoren” when he was served with the proceedings of the trial while in Prison custody.

“My Lord, I do not know Miss Iniubong Umoren. I only came to know that name when I was served with the proceedings of this trial at the Prison.

“For the second charge of rape, my Lord, I do not know anything about rape. I have never raped anybody in my life,” he said.